A special study on Mark 4

This week with the interns we have been studying Mark 4. Seated around each other, with the sun pouring in through the trees, and the birds singing, we turned our class over to the master teacher, Jesus himself. He had just finished telling the parable of the sower and the lamp hidden under a bushel. Then he gave a statement that could be either a very strong admonition… or a very sweet encouragement.

Verse 24 says, “Take heed what you hear. With the same measure you use, it will be measured to you; and to you who hear, more will be given. For whoever has, to him more will be given; but whoever does not have, even what he has will be taken away from him.”

Um…we all kind of stared at the page for a moment.

With the same measure you use, it will be measured to you – now that’s a little more complicated. If you’re the type of person who reads chunks of scripture at a time, this little verse is very tempting to skim over. It’s certainly an unusual phrase. However, if you take heed to what you hear, you might just discover something fascinating.

Fortunately, the Bible always explains itself.

Taking a moment to look within the context of the passage, pay attention to:

a) what Jesus has already said

b) who he is saying it to

Back in verse nine he says to the crowds, “He who has ears to hear, let him hear.” Then, in verses 10-12, when he was with the disciples, he said, “To you it has been given to know the mystery of the kingdom of God; but to those who are outside, all things come in parables.”

Why do things come in parables? The answer is in the very next verse: so that seeing they may see and not perceive, and hearing they may hear and not understand; lest they should turn and their sins be forgiven them.

There are now two options for Jesus’ audience:

One) You can listen, thus being given the mysteries of the kingdom

Two) You can choose not to listen, thus allowing all things to come in parables.

After two parables expounding upon these points, Jesus then gives his kicker statement; with the same measure you use, it will be measured to you. As I think of the word measure, the first thought on my mind is cooking. Measuring cups lined on the cupboards, ready to go whenever you are. So, imagine grabbing a cup and measuring out a certain amount of sugar. The measuring cup you chose determined how much you were going to add to the recipe. Duh, right? In a similar way, within the context of what Jesus is saying, the extent at which you listen/hear will determine how much He will give you. You want the fear of the Lord and the knowledge of God? Faith beyond compare or wisdom beyond imagination?

The key is in James 1:5, which says, If any of you lacks wisdom, let him ask of God, who gives to all liberally and without reproach, and it will be given to him.

He gives liberally. You get to choose how much of Him you want. Whether you are getting up at the crack of dawn to study the scriptures, or meditating on His Word late into the night hours…not only does God bless that, but Proverbs 2:7 says He stores up wisdom for the upright.

Finally, to bring it all back to Mark, Jesus says to those who hear, more will be given. This amazing promise is available to all who diligently seek Him. However, there is a flipside. To those who ignore his teachings, Jesus says, whoever does not have, even what he has will be taken away from him. Ignoring Jesus always comes at a cost. Sprinkling warnings all throughout His teachings, He gives opportunity after opportunity for those around Him to hear His voice. The way may not be easy, but He always makes it simple; ignore and have much taken away…or listen and be given liberally.

Here God has given us the awesome potential to bring our biggest measuring cup and ask to be filled past overflowing. He gives us the access and ability to come boldly before His throne of grace and ask the creator God to give to us liberally. He has stored up wisdom…there’s no time to waste! 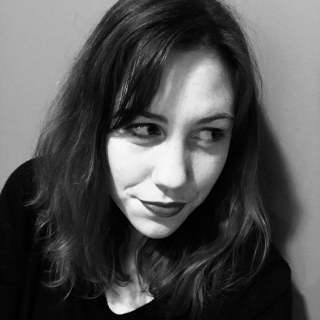